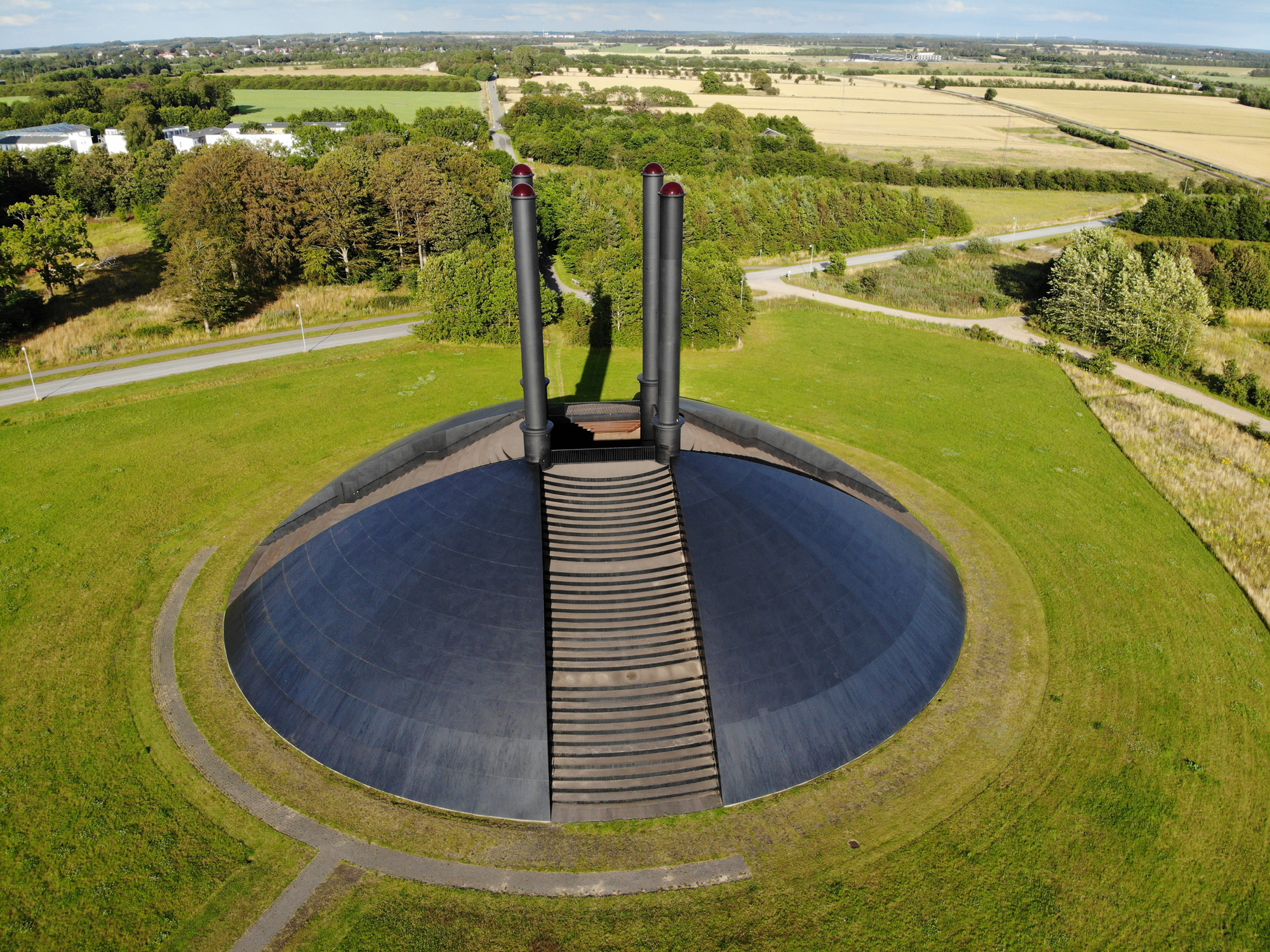 • Created by the sculptor Ingvar Cronhammer, Elia is an artistic landmark for Herning.
• The colossal sculpture was inaugurated on September 27th 2001.
• The sculpture is shaped like an 11 meter tall spherical cap with a diameter of 60 meters and contains 380 tons of steel.
• The base of the sculpture is constructed as the spherical cap and the centre of the base is 4 meters below the ground, which creates a resonant room of approximately 33,000 cubic metres.
• From the bottom of the sphere four pillars rise 32 meters into the air. They are topped with red domes, illuminated from below and equipped with spires to attract lightning.
• In the event of a lightning strike, there will be a powerful resonant sound effect in the interior of the sculpture.
• A gas burner is located between the four pillars.
• At random intervals, the gas burner shoots a pillar of flame about one meter wide and 8.4m high up between the pillars.
• A sensor-controlled computer ignites the gas flame - once within an 18-day period.
• Price: approximately € 3,1 million.
• Locale people, for instance the former mayor of Herning, N. O. Hansen helped raise money for the sculpture.
• Four large staircases are built into the spherical cap facing each of the four corners of the globe. The staircases end in a platform from which there is a beautiful view of Herning.
• Several other artworks by Ingvar Cronhammar can be seen in the Birk and Herning area, including Abyss next to Aarhus University in Birk, close by Elia.

A little extra
Every year on the Saturday closest to September 27th, the inside of Elia is open to the public as a celebration of its birthday. This provides the public with a unique opportunity to take a guided tour of Elia, both inside and outside.