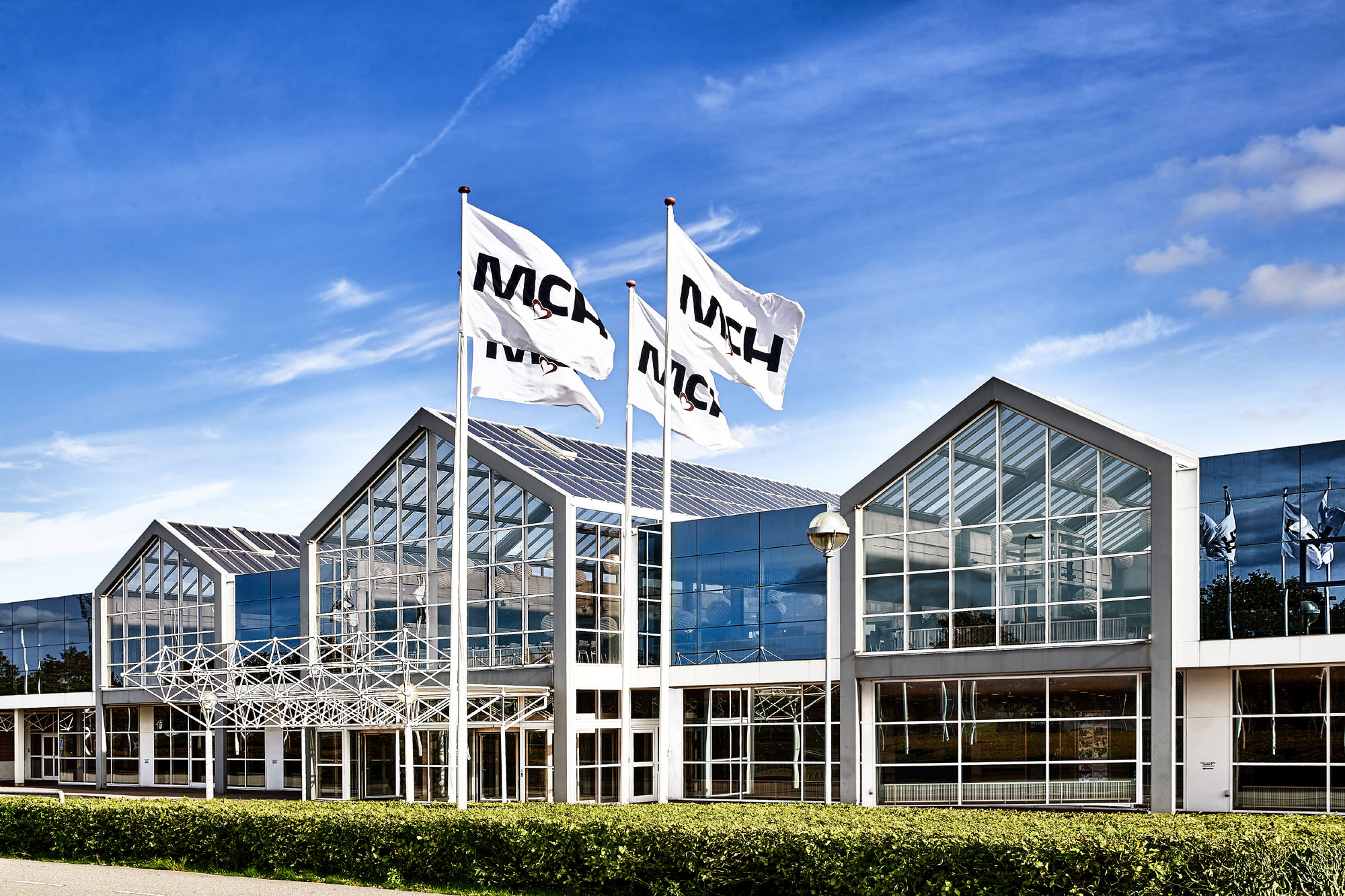 • MCH is a flexible exhibition centre and entertainment complex, and one of the largest in Scandinavia.
• The first tentative steps towards MCH were taken in 1954.
• The MCH-company consist of MCH Messecenter Herning, MCH Herning Kongrescenter (in the centre of town), MCH Arena and Jyske Bank BOXEN.
• Every year around one million guests come to MCH for trade fairs and exhibitions, cultural events, meetings, conferences, parties and sport events.
• The motto of Herning is “Where the sky is the limit” and this is greatly thanks to MCH.
• MCH Messecenter Herning has 15 exhibition halls ranging from 2,000 - 14,000 square meters.
• MCH Messecenter Herning is amongst other things known for Formland, the biggest interior, design and home accessories fair in Scandinavia, the biggest pharmaceutical fair in northern Europe and the world’s biggest horseshow.
• Jyske Bank BOXEN has an audience capacity of 12,000 - 15,000 and was inaugurated on October 20th 2012 with a spectacular concert by Lady Gaga.
• Jyske Bank Boxen has since then welcomed artists such as Prince, Linkin Park, Poul McCartney, Adele, Eric Clapton, Roger Waters, Rihanna, George Michael, Britney Spears, Depeche Mode, etc. It has also been host to the IHF Women's Handball World Championship, The LEN European Short Course Swimming Championship and many other international sport events. In May 2018, the arena will host the IIHF Ice Hockey World Championship.
• MCH has also staged large outdoor concerts with world-renowned artists such as Genesis and Bruce Springsteen.
• MCH is the epitome of experience and has more than 400 events per year.
• MCH is currently expanding with a large modernization of the outside areas, as well as a new arrival building, that will connect Jyske Bank Boxen and the convention center. The first leg of the expansion will be ready in May 2018.