John Eyde donated the Townsquare to Herning after the city was named as an independent municipality and was officially declared as a Townsquare on the 30th of July 1884.

The Townsquare was blossoming in the 1850ies, where market and cattle activities were held.

The Townsquare has evolved a lot since and has been the placement of a lot of festivities, as an example in 1913 when Herning was named and when Denmark was liberated from Germany by Britain in  1945.

A long row of musical, cultural, and sports events is held on the Townsquare of Herning. After Bjarne Riis' Tour de France win in 1996, he was celebrated on the Townsquare, where a tile with his name is now placed.

In 2012 the opening stage of Giro d'Italia (a TT) passed through the Townsquare with thousands of people cheering the riders on. This happened once again when the Townsquare was one of the important places under the road race at the European Championships in 2017. 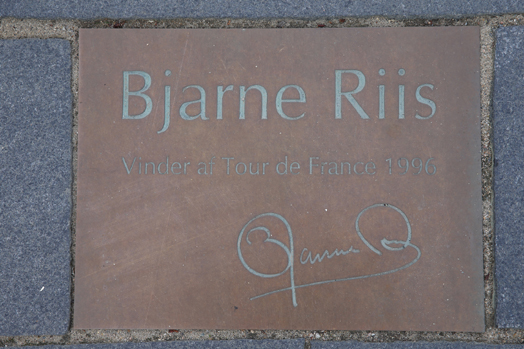